Northeast to Las Vegas, Nevada, with Stops Along the Way

Today's drive to Las Vegas has some roadside sightseeing and a few stops, courtesy of Atlas Obscura: The Definitive Guide to the World's Hidden Wonders. 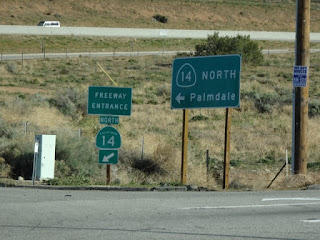 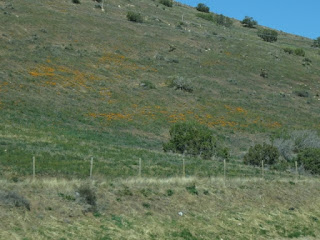 California Poppies bloom
on the hillsides. 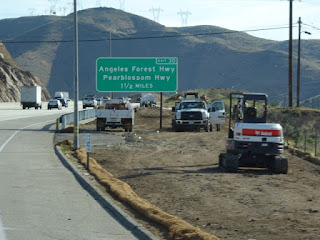 Eric pulls to the side of the road so I can take pictures of.... 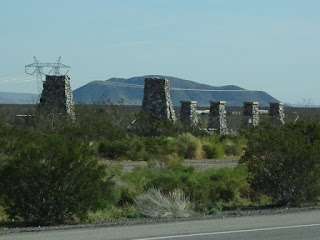 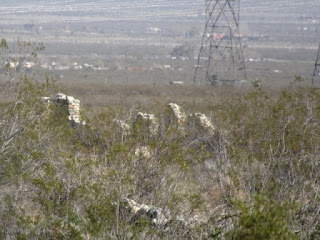 This is all that's left of the
Llano del Rio Collective.

Founded in 1914 by Job Harriman as an attempt to become Mayor of Los Angeles.  He believed that his colony based on socialist capitalism would boost his profile.  The group failed because of infighting, a growing water shortage and its inability to fulfill the goals Harriman founded the community upon.  After it fell into bankruptcy in 1918 the colony dissolved and this is what's left. 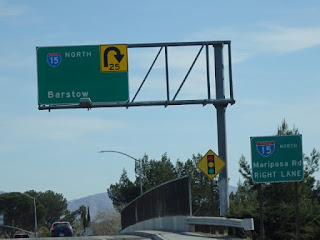 After driving through Victorville,
we turn onto Interstate 15 North. 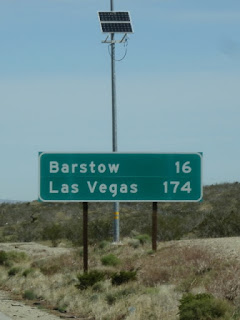 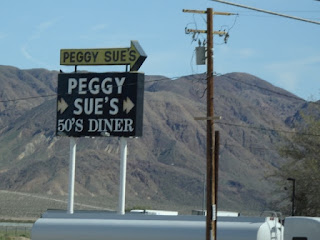 We follow the signs to
Peggy Sue's 50's Diner
in Yermo. 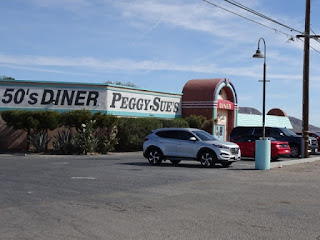 Atlas Obscura has a nice
write up on the diner.
Our next Hidden Destination is... 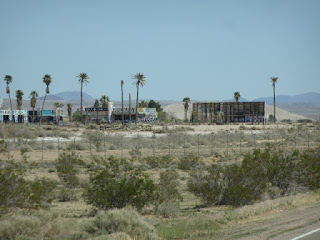 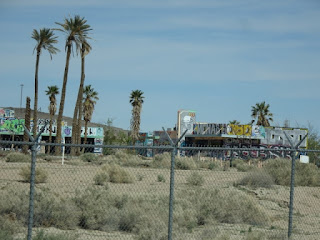 The Byer family opened the Water
Park in the early1960s.

Breaks in the fence allow people to wander the grounds and leave their colorful souvenirs. 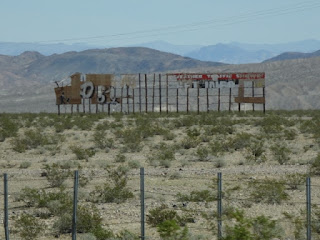 This skeletal Billboard is another
remnant of the faded heyday of
this desert region of California. 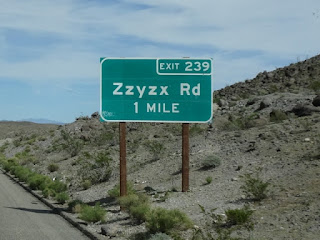 Curtis Howe Springer was a former insurance salesman and Radio Evangelist who filed a mining claim and acquired land adjacent to Soda Springs with no intention of mining the property.  He created Zyzzx Medical Resort to line his pockets with cash from good Christians in need of "the cure."  Springer also fraudulently sold land to his followers to build homes on. This remote community lasted for thirty years before the law put him out of business.

Our next stop is in Baker. 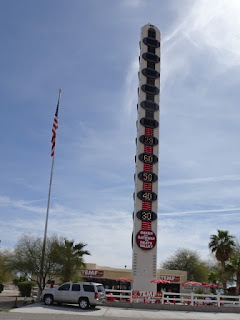 It's the home of The World's
Tallest Thermometer... 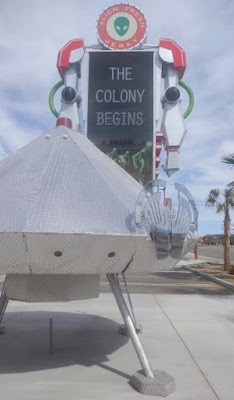 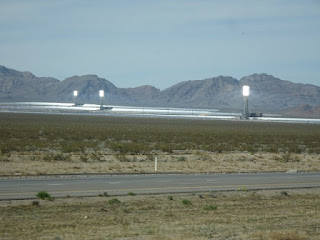 We see Ivanpah Solar
Electric Generating System
from  I 15 North.

Eric & I visited here in March 2014.  Driving around on the mountains above, I found this giant power plant to be awesome, beautiful. 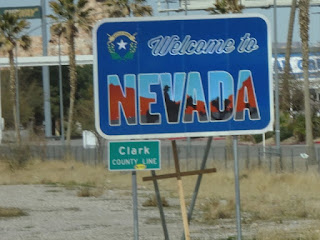 Primm is home to three Casinos & an Outlet Mall. 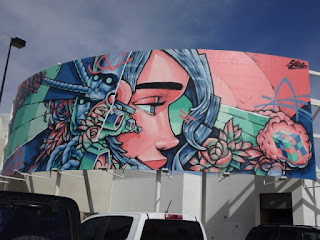 Eric & I are here to see
the artwork at
Prizm Outlets. 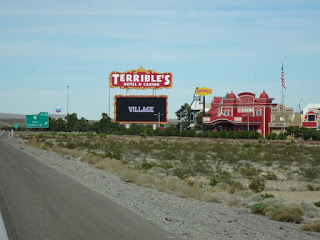 We leave the Interstate to get
diesel at the gas station across
the street from Terrible's Village. 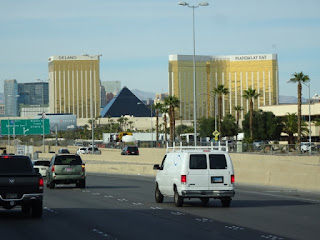 Eric drives through
the City to... 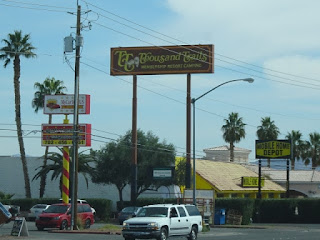 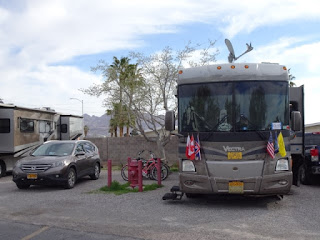 Our campsite includes a
Fire Hydrant, making
it much wider than
our neighbors' sites.

We have 30 amp electric service with water and sewer hookups.  WiFi is available in the Clubhouse.
Posted by Ginny at 10:05 PM 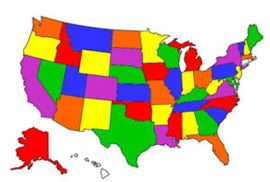